Johnson grass is an aggressive, long-lived summer grass that was a major pest problem in New Zealand late last century. After no finds for a decade, it was found in a garden in South Auckland in April 2021. Find out about the grass and how you can help stop it spreading.

Johnson grass is one of the world's worst weeds 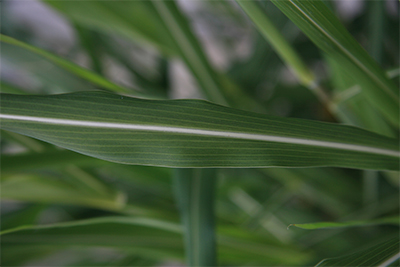 Johnson grass is named one of the world's 10 worst weeds. The grass:

If it gets established, Johnson grass would cause:

Where Johnson grass has been found in NZ

Johnson grass grows in pasture, disturbed wasteland and roadsides, and where land is cultivated. In the past, this weed was present on as many as 80 sites in several regions from Northland to Canterbury. It was a common contaminant in maize crops and because harvested maize was often transported by train, there were several Johnson grass detections in railway land.

After a large eradication programme, there were no finds for more than 10 years, until April 2021 when it was found in South Auckland. We want South Auckland residents to be on the lookout in case there is more.

How to identify Johnson grass

What to do if you find Johnson grass

If you think you have found Johnson grass:

Legal status of the weed

In New Zealand, Johnson grass is classified as both an unwanted and a notifiable organism. This means it must not be grown or distributed.

The grass is also one of 9 species being managed under the National Interest Pest Response Programme. This means that if it is found, there is a plan already in place to ensure that the plants are completely removed according to biosecurity protocols and the site monitored for several years.

Find out about the National Interest Pest Response Programme

How the grass spreads

Seed is the main means of spread, but even a tiny piece of root is enough to grow another plant.