Ug99 is a virulent fungal pest of wheat and other cereal crops. It can overcome wheat that is resistant to other wheat rusts.

Wheat stem rust was largely under control for over 3 decades using plants bred to be resistant. In 1999, a new aggressive strain of stem rust was identified in Uganda. It's named Ug99 after the year and country it was found in.

Since 2007, Ug99 has spread on the wind out of East Africa to Yemen and as far as Iran. 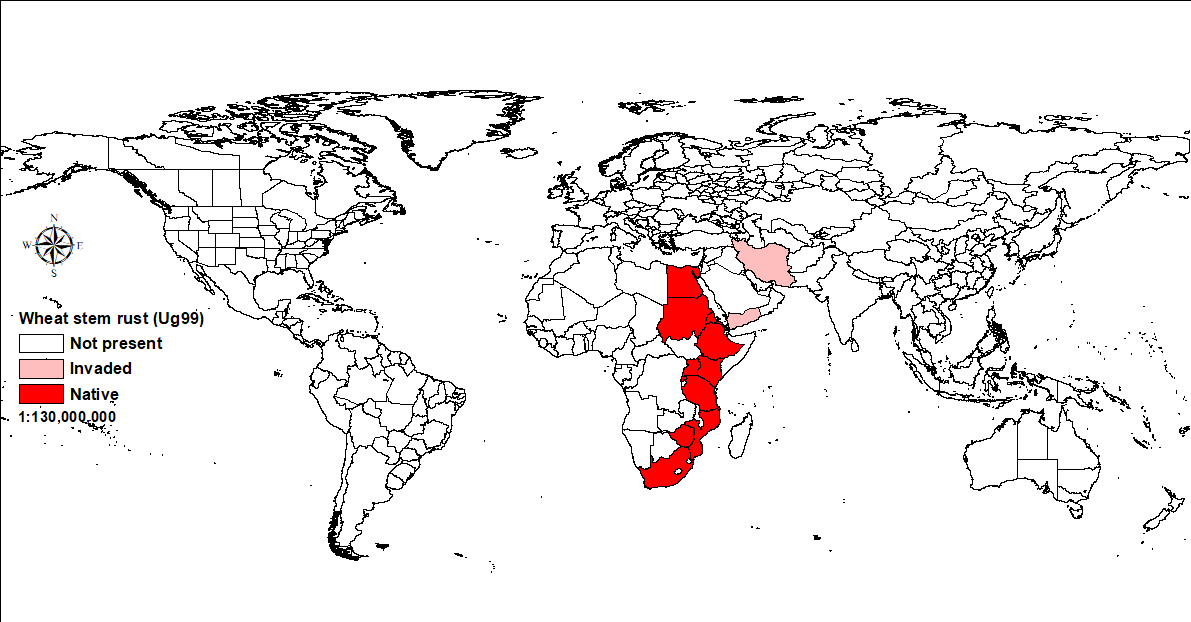 This disease can turn a healthy crop, only weeks away from harvest, into nothing more than a tangle of black stems and shrivelled grains. It can cause yield losses of 70% or more.

Ug99 can overwhelm more varieties of rust-resistant wheat than any other strain.

Wheat stem rust spreads rapidly over hundreds of kilometres by wind or through human activity. How could it get here

It may come to New Zealand on seeds for planting. MPI has biosecurity rules in place for imports to reduce the chances of it coming through the border.

However, it could arrive in New Zealand by wind.

The first symptom is blisters running along the leaf or stem of the plant. The blisters can also be found on the seeds.

The blisters break open after a couple of days to reveal rust-coloured spores.

The symptoms are similar to other wheat stem rusts. 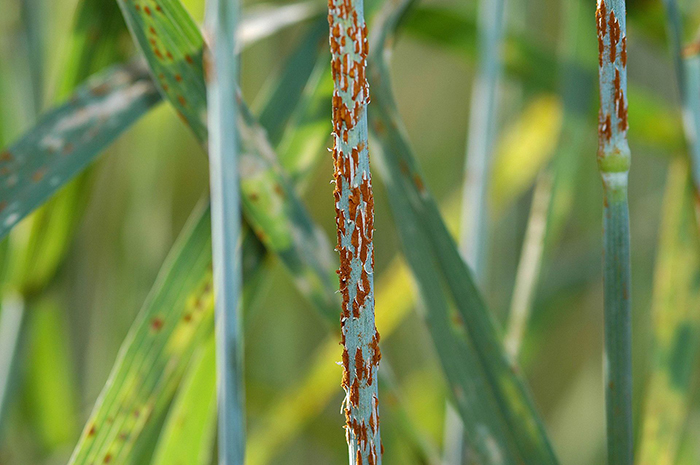 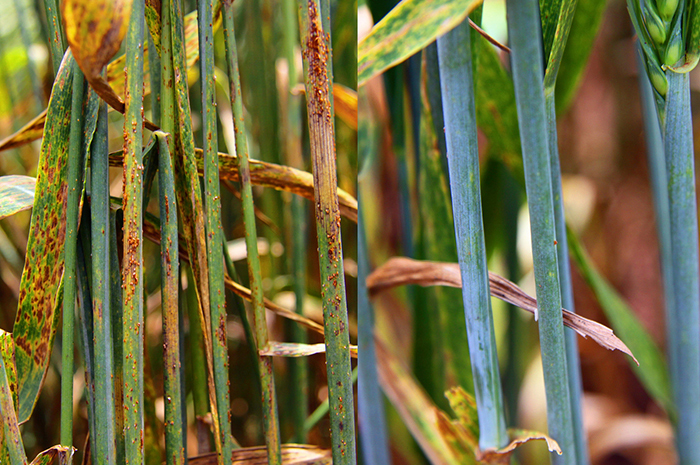 Left: Close up of the rust on a wheat stem. Image: public domain by USDA .
Right: Wheat plants in a scientific trial. Wheat stem rust disease on plants on the left, new disease-resistant strains on right. Image: CC IAEA Imagebank

What to do if you see it

If you find any wheat stem rust on plants that are meant to be resistant: