They will soon leave the MPI Detector Dog Breeding Centre in Auckland and head to private homes, where they will spend the next year learning how to conduct themselves in public.

It is the first time that MPI has used a breeding stud from another service, says Roger Cook, MPI’s Manager Detection Technology.

The puppies will be named this week. In reference to the name of the litter, all individual puppy names will begin with “F”, says Mr Cook.

F-litter is the second litter under a new MPI breeding programme for labrador detector dogs.

Detector dog teams are very useful for detecting biosecurity risks when used with other checks at the border, says Mr Cook.

“No single border intervention is sufficient to manage biosecurity by itself. Dogs are good at picking up seeds and plants that can be hard to detect by x-ray. They also screen people faster than x-ray, and their visual presence is a significant factor,” he says. 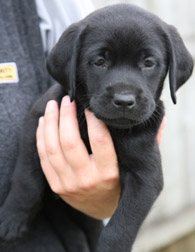 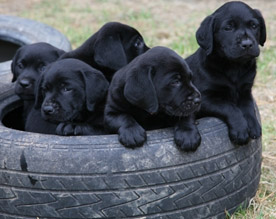 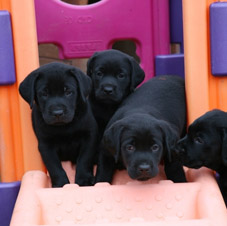