Infection of both fungal species can occur together. Dothistroma septosporum and Dothistroma pini are both regulated in New Zealand.

DNB infects needles of all ages, killing pine needles and reducing the growth of the tree. Serious infections can kill a pine tree. The wood of the tree becomes denser, making it harder to process.

New Zealand has a highly suitable climate for the establishment of DNB.

How DNB could get here

People bringing or sending plant material infected with DNB is the most likely way DNB could get into New Zealand. The fungus could also get here on pine nursery stock or pine needles.

Biosecurity New Zealand has strict measures in place to reduce the chance of pine diseases like DNB getting through the border. 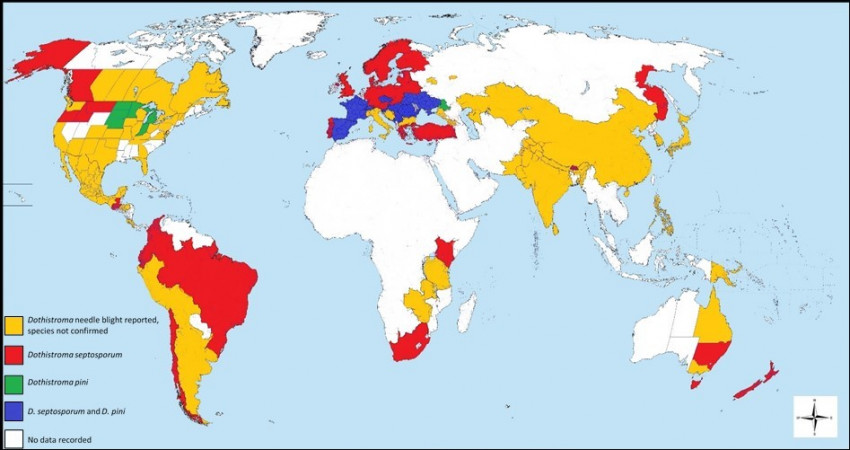