The caterpillar of this species could become a pest for humans and pine trees if it settled here. Its hairs can irritate our skin. Its taste for pine needles can weaken the tree.

About the pine processionary moth

Late in winter or early in spring, the caterpillars display an interesting social behavior. The entire colony forms a long procession, moving in a line one behind the other. The procession searches for a place underground to transform into moths (pupate).

This moth is a native of Europe, but has spread to the Middle East and North Africa.

Global distribution of the moth 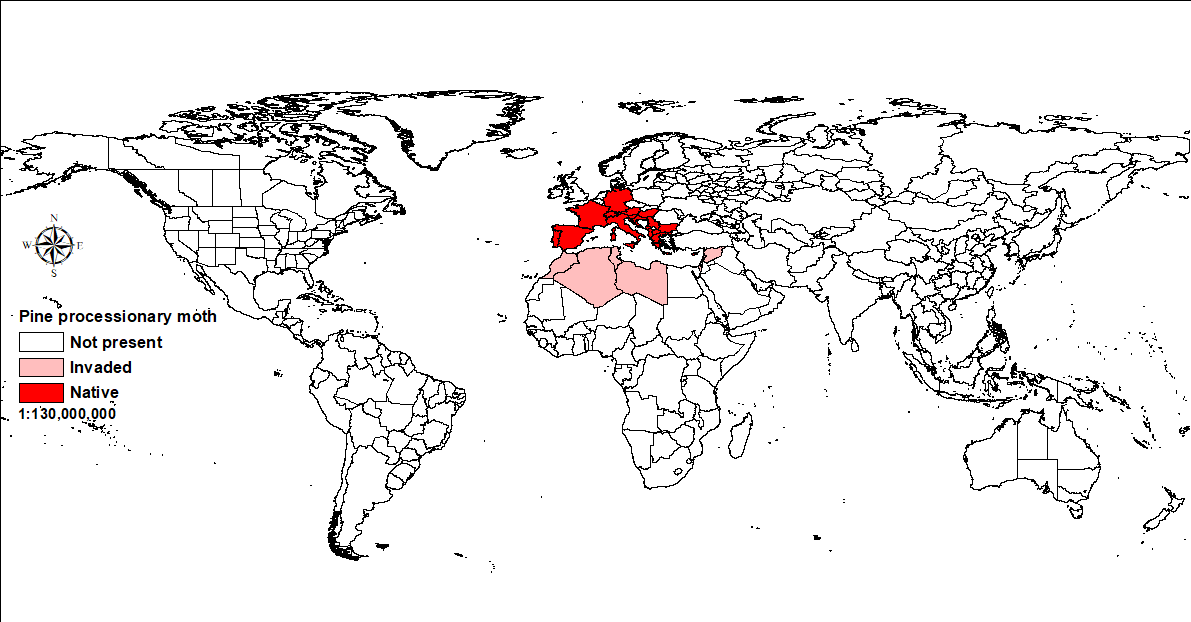 The caterpillars feed on pine needles close to their nests. They increase pine needle loss (defoliation), which weakens and disfigures the tree.

For humans, the hairs on this caterpillar cause skin irritation and allergic reactions. This can result in conjunctivitis and breathing problems. These hairs can stay in the environment for up to a year after the caterpillar has turned into a moth. The insect pupae could get here in soil or other growing media like potting mixes. A pupa is the insect life stage between caterpillar and moth.

How to identify the pine processionary moth

The caterpillar grows to 40mm long and has a black head.

When young, the caterpillar is a dull apple green colour. After its second moult, it gains reddish patches on each body section. These patches have hairs growing out of them. 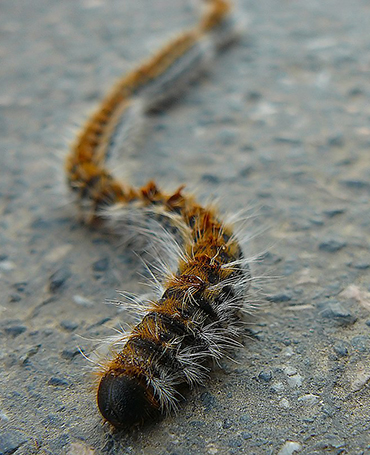 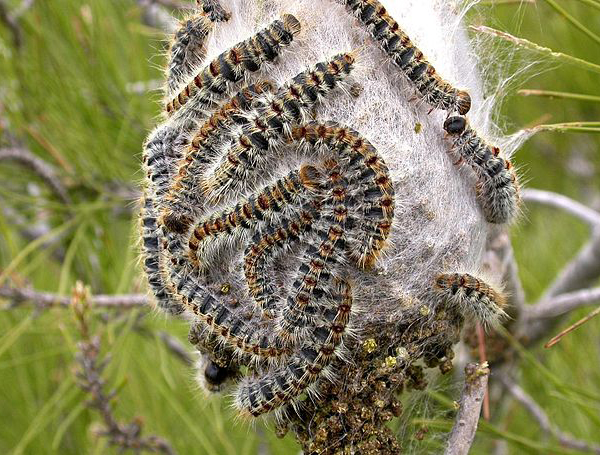 Left: A procession of the caterpillars. Image: CC 2.0 by Angel Torres
Right: A silken nest in a pine tree with caterpillars on it. Image: CC 3.0 by John Ghent, Bugwood.org

If you think you've found the pine processionary moth

Note: This information is a summary of the moth's global distribution and potential impacts on New Zealand.