A microscopic pest with a huge appetite, this tiny nematode could devastate our forestry industry, wiping out entire pine forests.

About the pinewood nematode

Nematodes are microscopic worm-like creatures. Pinewood nematodes cause 'pine wilt disease'. These nematodes can't travel out of a tree on their own, they need specific sawyer beetles to carry them from tree to tree. We don't have any beetles like that in New Zealand. 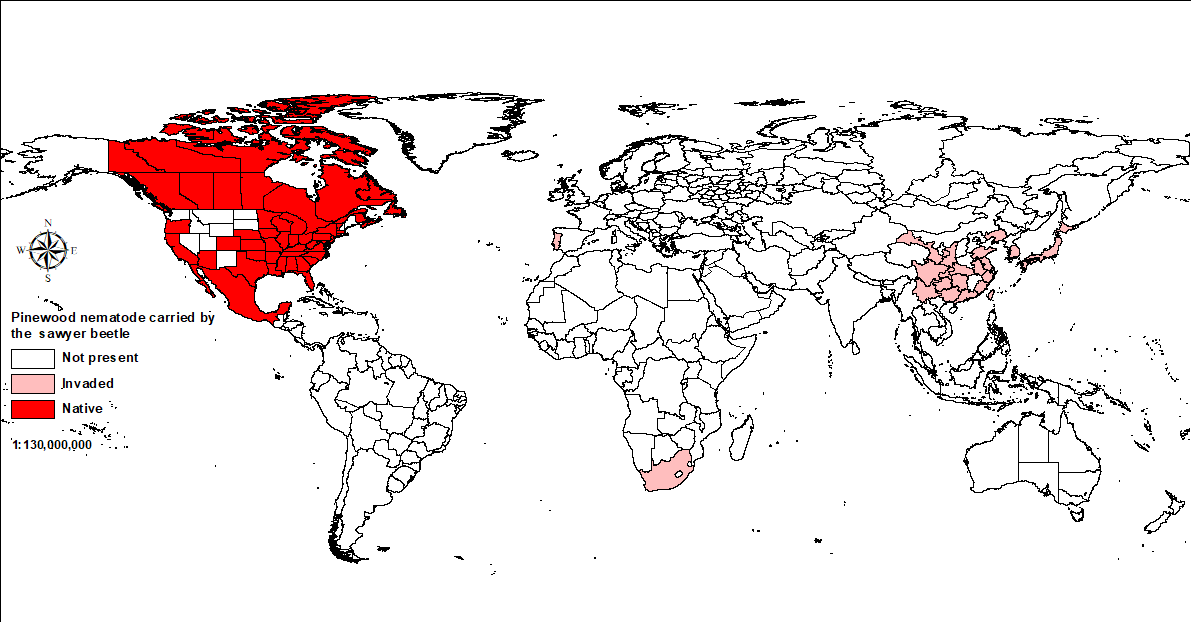 While the nematode only affects damaged or stressed trees, it can destroy entire pine forests.

If they were found here, they could create trade barriers because other countries have quarantine barriers to stop the pest.

The nematode also has a taste for fir, spruce, and larch trees.

Where will I find it?

This nematode could establish in most areas of New Zealand where there are pine trees, except for high altitude areas and some southern regions. It could piggyback into the country on a sawyer beetle. It lives inside many sawyer beetle species. These beetles might hitchhike into New Zealand in wood packaging.

The nematode might sneak through the border inside infected wood, such as wood packaging, wood chips, logs, or sleepers. This would be a problem if we had sawyer beetles present in New Zealand.

Biosecurity New Zealand has strict measures in place to limit the chances of these pests making it through the border.

How to identify these pest species

We need to keep both the nematode and its carrier beetle out of New Zealand.

You cannot see these nematodes with the naked eye.

A sick pine tree may be the first sign they're present in New Zealand. The first symptom is a rapid change in colour of pine needles, from green to yellow or brown. The needles will wilt and then the tree will die.

Because nematodes can travel by beetle, we want to stop sawyer beetles as well. There are a number of species that could carry the nematode to New Zealand. The main identifiers are:

What to do if you identify a problem

Note: This information is a summary of these pests' global distribution and potential impacts on New Zealand.