If it arrived in New Zealand, aster yellows phytoplasma could cause a reduction in the quality and production of many different plants. This would impact our home gardens as well as parks, nurseries, orchards, and farms.

This bacterium is widespread around the world but it hasn't been reported in New Zealand.

It has a large host range recorded, across many different plant families. Hosts overseas include maize, roses, apples, brassicas (like broccoli), gladiolus, clover, citrus, onions, even the hydrangea.

Aster yellows phytoplasma can move into healthy plants by grafting from infected plants. We know some leafhoppers can transfer the bacteria between plants when they feed. 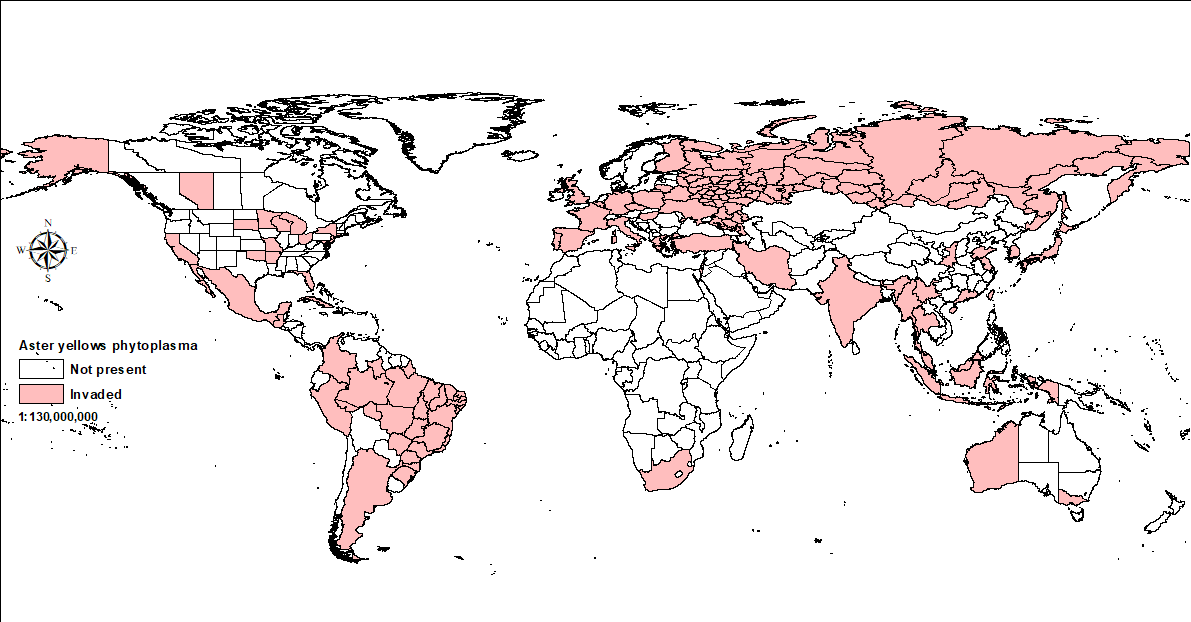 Aster yellows phytoplasma causes abnormalities in plant growth. A reduction in the quality and quantity of plant yield would be the main problem if it established here.

Its likely impact in New Zealand would depend on:

At the moment, we don't know whether the insects we have in New Zealand transmit the bacteria.

The most likely way for aster yellows phytoplasma to reach New Zealand is on infected nursery stock or plant material. If an infected insect snuck through the border, it could bring it as well.

Biosecurity New Zealand has strict measures in place to limit the chances of the bacteria or the insect carrier making it through the border.

How to identify aster yellows phytoplasma

The symptoms vary markedly depending on the host plant. And the symptoms aren't unique to aster yellows phytoplasma.

If you think you've found it