Flavescence dorée of grapevine could cause great economic losses to New Zealand's wine industry. It reduces crop yield and the quality of the crop.

About flavescence dorée of grapevine

Flavesence dorée of grapevine is a phytoplasma (type of bacteria) that causes disease in grapevines. The disease gets its name from the yellowing of the leaves. It is found inside the sugar transport system (phloem) of grapevines and in some species of leafhopper insect.

The disease is found in several European countries where grapes are grown. 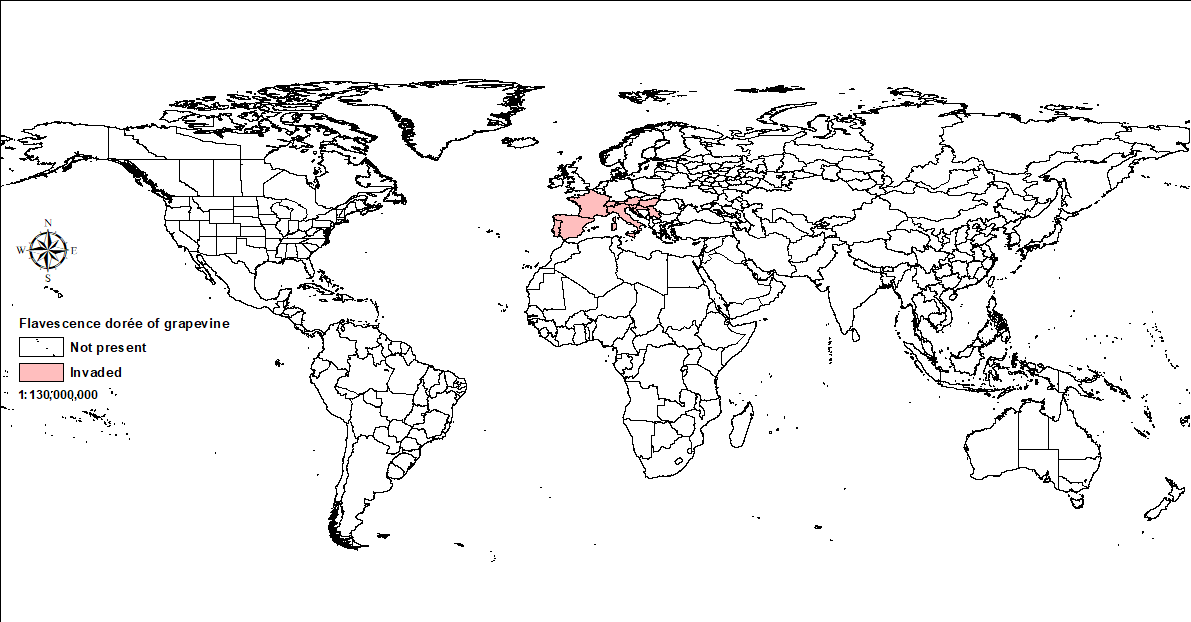 The flavescence dorée disease could cause great economic losses to the wine industry. It reduces growth and crop yield. The quality and quantity of grapes can be significantly reduced.

Some grape types (cultivars) are more susceptible than others. In Europe, many of the main wine growing varieties seem to be affected.

The disease can only be transmitted to healthy plants by grafting from infected plants or through a carrier insect (vector). It can move great distances with infected plant material or insects.

New Zealand doesn't yet have any of the important insect vectors.

Biosecurity New Zealand strives to keep New Zealand free of this disease in a number of ways. We quarantine and test any imported grapevine nursery stock. We also have strict measures to limit the chances of the insect vector arriving.

How to identify flavescence dorée

You would probably first notice its presence in early summer on a few shoots only. It can take several years for symptoms to show and they can be confused with other diseases.