Maize dwarf mosaic virus is bad enough on its own for maize, sweetcorn, and sorghum. However, teamed with Maize chlorotic mottle virus, it can cause a disease that devastates maize and sweetcorn.

MDMV alone can cause serious disease in maize, sweetcorn, and sorghum. But it is also one of the viruses that cause maize lethal necrosis disease. This disease is caused by infection with 2 viruses at the same time:

Maize chlorotic mottle virus is not present in New Zealand.

This disease has devastated maize crops in the United States (US), Mexico, and East Africa. In Kenya, it caused crop losses of between 50% and 100%. 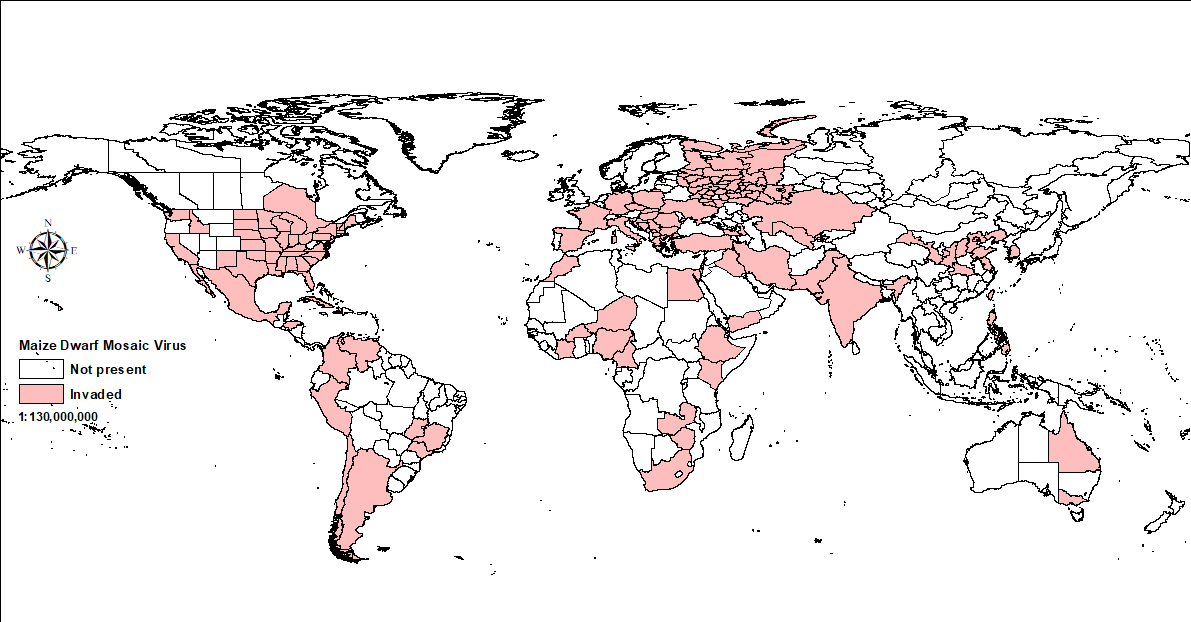 Plants infected with MDMV produce less grain and are often sterile. If plants are infected early in the season, the whole crop can be lost. Even without maize lethal necrosis disease, MDMV on its own could cause crop losses in New Zealand.

MDMV is often found in countries with similar climates to New Zealand. MDMV could establish in New Zealand anywhere that maize, sorghum, or other hosts are grown. The virus could arrive in infected maize seeds. While the rates of seed infection are low, New Zealand imports a lot of maize seed.

In other countries, MDMV also infects wild grasses that grow around the corn and sorghum fields. Aphids can then spread MDMV from the wild grass back into crops.

Biosecurity New Zealand has strict measures in place to limit the chances of MDMV, or its partner Maize chlorotic mottle virus, making it through the border.

If you think you've found MDMV:

Note: This information is a summary of this virus' global distribution and potential impacts to New Zealand.