This fungal disease can infect over 2,000 different plant hosts. It could devastate many crops important to New Zealand.

Texas root rot is a fairly common plant disease in the south-west United States and Mexico. During warmer months, it causes sudden wilt and death of infected plants. It thrives in warm, humid conditions.

The fungus that causes Texas root rot spends most of its life in the soil until it attacks the roots of a host plant. 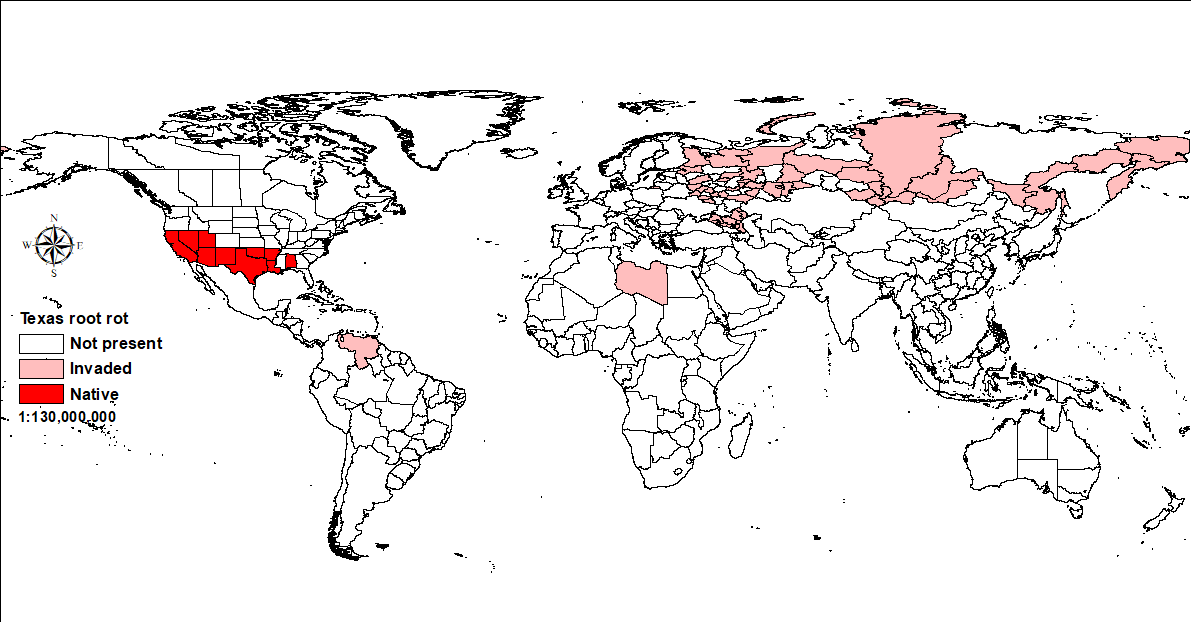 Why this is a problem for New Zealand?

The disease can infect over 2,000 species of plants. It can cause serious yield loss for many crops, such as peanuts, apples, peaches, and ornamental trees.

In orchards, it can kill half of the plants infected. In the US, it damages up to 13% of cotton plants.

The fungus that causes Texas root rot could come to New Zealand in infected roots, stems, shoots, or branches. Leaves, fruit, and bark are unlikely to carry the fungus.

It could also arrive in contaminated soil on poorly cleaned items, such as farm equipment.

Biosecurity NZ has a range of measures in place at the border to try to keep it out.

How to identify Texas root rot

The symptoms differ depending on the host plant. Generally, leaves yellow at first. Then they turn brown and wilt. After 3 days, the leaves die. Sometimes the leaves dry out and stay on the plant, but mostly they fall off the plant.

In field crops and vegetables, the entire root system decays within a few days of wilting.

The rot is slower in fruit trees, they may die or show signs of wilting over 2 growing seasons.

If you suspect Texas root rot

Note: This information is a summary of Texas root rot's global distribution and potential impacts to New Zealand.