Following consultation, the Minister of Fisheries has decided to temporarily close the Southern Scallop fishery (SCA 7), including Port Underwood.  The closure will apply to both recreational and commercial fishing from 15 July 2018.

The Minister considers that a further closure is necessary to protect the sustainability of the fishery, taking into account:

Results of new scientific research into the fishery will be available later in 2018. This information will be used to guide future management of the scallop fishery.

Fisheries New Zealand is establishing a multisector group to work on: 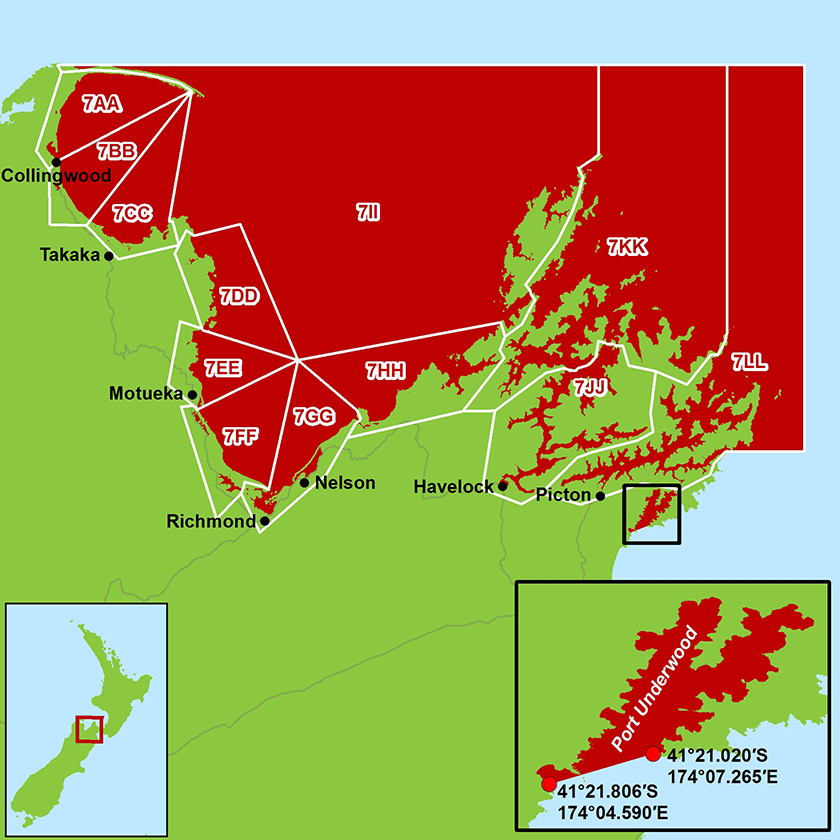 Map showing the areas (in red) that are closed to the taking and possession of scallops for the 2018-19 season.

Fisheries New Zealand sought information and views from tangata whenua and others on whether a further closure of the Southern Scallop Fishery (SCA 7) was appropriate. The consultation closed on 25 June 2018.

We wanted your feedback on whether:

The closures would be in place from the start of the coming season, 15 July 2018, until an opening regime has been developed and implemented. Under the proposals, you would not be able to take any scallops during the period of the temporary closure. However, Fisheries New Zealand considers this would be balanced by improved fishery productivity in the future.

Full details are in the consultation document.

Low stock levels behind the proposals

Scientific surveys have shown a significant decline in scallop abundance over the past 10 years. Scallop biomass in Golden and Tasman Bays collapsed in the 2000s and has remained at negligible levels since then.  Biomass in the Marlborough Sounds followed a declining trend from 2009 to 2015. As a result SCA 7 has been closed to commercial and recreational scallop fishing for the past two seasons (2016 and 2017)

A survey in January 2017 suggested biomass in the Marlborough Sounds had stabilised, and a new survey in January 2018 indicated an increase in biomass in some scallop beds in the outer Marlborough Sounds. However, the overall biomass of scallops remains low and is not statistically significantly different from previous surveys. High densities of scallops remain confined to relatively few beds in the outer Marlborough Sounds.  Overall, the SCA 7 stock is still likely to be below the hard limit, the biological reference point at which it is Fisheries New Zealand policy that a closure should be considered.

Note, that any submission you make becomes public information. People can ask for copies of submissions under the Official Information Act 1982 (OIA). The OIA says we have to make submissions available unless we have good reasons for withholding them (refer to sections 6 and 9 of the OIA).

Tell us if you think there are grounds to withhold specific information in your submission. Reasons might include that it's commercially sensitive or it's personal information. However, any decision Fisheries New Zealand makes to withhold information can be reviewed by the Ombudsman, who may tell us to release it.