Find out about small hive beetles, what to do if you detect any, and how to take part in the project.

Small hive beetle (Aethina tumida) is a pest of honey bees. It is native to sub-Saharan Africa where it is easily managed. It was only when small hive beetle was introduced into other countries that it has caused harm to honey bees.

The larvae of small hive beetle cause the most damage. They tunnel through comb and consume honey, brood, and pollen. The larvae also spread a yeast, called Kodamaea ohmeri, which ferments and spoils honey and may pose a risk of causing infection in humans.

How small hive beetle could arrive

Small hive beetle could reach New Zealand as a hidden stowaway on a range of goods. Pupae and larvae can slow their own growth which means they can hide out for long periods of time – weeks to months – before they emerge as adults. Adult beetles are capable of flying up to 15 kilometres, so could easily move between apiaries.

Early detection of the small hive beetle, and other bee pests and diseases, is an important part of our biosecurity system. Every beekeeper has a responsibility to look out for and report bee pests or diseases.

Find out about bee pests and diseases 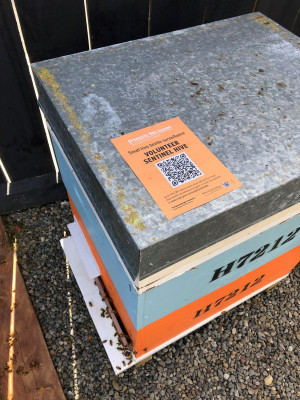 Biosecurity New Zealand has an apiculture surveillance programme that looks for exotic (not found in New Zealand) bee pests and diseases every year in "sentinel" hives around the country. These sentinel hives are highly monitored and create an early warning system to alert beekeepers to any potential issues. The small hive beetle project will add to this programme.

Find out about the apiculture surveillance programme

How the project works

Volunteer beekeepers will maintain traps for the exotic beetle in sentinel apiaries throughout New Zealand. If they come across any suspect organisms during their routine checks, they will report these to Biosecurity New Zealand right away.

As this is a pilot study, spaces have been limited to a set number of beekeepers. You can express your interest in taking part in the pilot and for future surveillance activities by emailing Bee.Coordinator@mpi.govt.nz

Biosecurity New Zealand will supply everything needed to volunteer beekeepers as part of the project, including small hive beetle traps.

The project will run until April 2023. 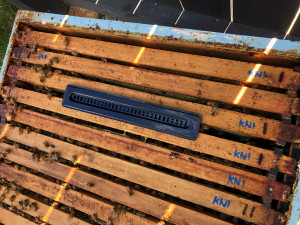 Find out more about how to report a pest or disease

If you have questions about the small hive beetle surveillance project, email info@mpi.govt.nz